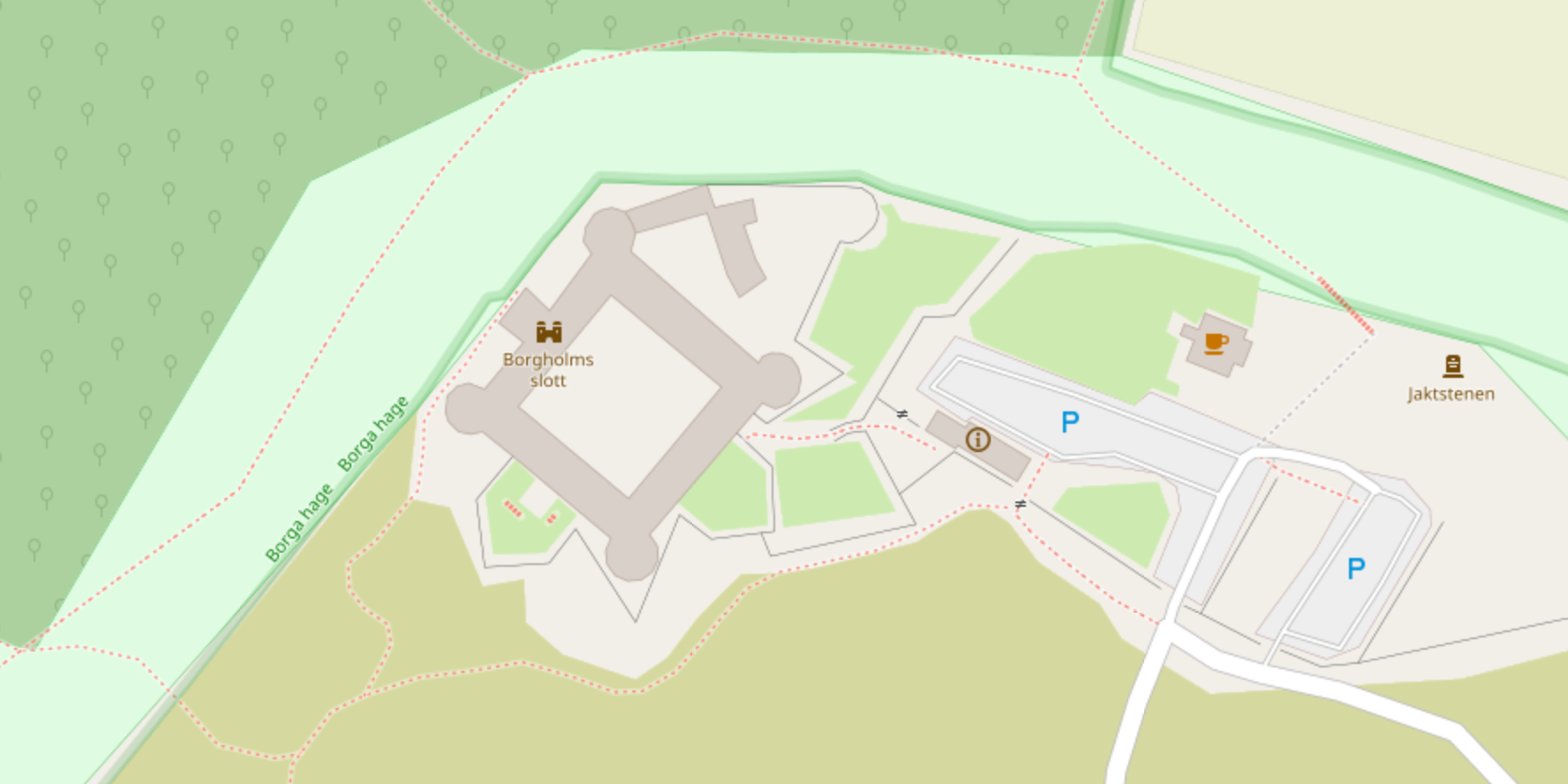 I’ve always been interested in the stories behind designs, and one particular point of interest is in the development of the original Apple Macintosh computer, well chronicled in the website Folklore.org, and eventually collected in the book Revolution in the Valley.

Susan Kare, designer of the original Macintosh icons, says she based the design of the “command” symbol (⌘) on a Swedish campground sign:

We tried many, many things that were trying to be metaphors for control— I think we tried a badge— and they all seemed too harsh, and nothing seemed to work. So I said, “Let’s try something abstract.” So I was poring through books of symbols, and I thought it was a sign on Swedish campgrounds that meant “interesting feature,” or something to look at that was interesting. So that seemed to fit.

— Working on the Macintosh, from Interview with Susan Kare, 8 September 2000.

The ⌘ symbol itself may have originally been meant to invoke the image of a square castle with four turrets, much like Borgholm Castle, on the Island of Oland, Sweden (outlined in the OpenStreetMap map above).

When I’m traveling, I always look for ideas of interesting sites to stop at along the way, and I’ve found these websites to be particularly helpful and interesting:

How do you like to find points of interest?