I first saw this film in the theatre, but I wanted to revisit it recently because of my growing interest in Buddhism.

Jesse is a young boy in Seattle, the son of Bridget Fonda and Chris Isaak, and is thought to be the possible reincarnation of a Buddhist monk who died several years previous, and who was the mentor of Lama Norbu (an always-excellent Ying Ruocheng). Jesse’s seemingly emotionless parents have issues with this at first, then through some offscreen pondering somehow come around, and let the monks take him back to Bhutan for reincarnation testing. There, Jesse and his dad meet two other candidates for the reincarnation, and hilarity ensues. Well, okay not so much “hilarity.” More like “Tibetan rituals and a strong lack of interest on everybody’s part.”

Thankfully, though, the modern-day bits are just a wire framework on which to hang the story of the historical Buddha himself, told in director Bertolucci’s favorite storytelling techinique ever� the flashback. Keanu Reeves plays Siddhartha Gautama, who gives up his life as a prince to devote himself to finding a way to stop humanity’s suffering. This story is gorgeous, and Keanu even manages to pull off a somewhat convincing performance, though his attempt at an Indian accent is mildly distracting.

Looking at this from my perspecive as someone interested in Buddhist thought, but not so much the religous trappings, this actually was mildly offputting. All the scenes of mystical happenings (a tree bending down to support Siddhartha’s mother at birth, lotus blossoms blooming in the wake of the newborn’s footsteps, and the Buddha’s later temptation by some evil Hindu god) were fine in the context of the myth, but didn’t really do much for me in giving me good information about Buddhist thought and teachings. Still, I would have to admit that it was probably this film, 9 years ago, that actually planted the seed of my interest in Buddhism; so I can’t fault it too much.

The film’s color coding system was also mildly distracting; the storytelling scenes being very warm orange and red, the Seattle scenes were extremely cold blue, and the Bhutan scenes were somewhere in the middle. It was not a bad idea (and a similar color scheme was used recently in Steven Soderbergh’s Traffic), but it could have been a lot more subtle. There were many times, with Chris Isaak’s lack of movement and blue palor, I wondered if he might have become deceased.

With Ying Ruocheng, the mostly charming children, and the great Buddha story, this film deserves to be seen once, despite its flaws. 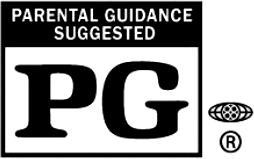 DVD features include an obviously Photoshopped menu background picture of the blonde, white Jesse kid standing in the middle of a herd of running Tibetan kids. It looks freaky.