Now, I’m a die-hard James Bond fan, but I hate-hate-hated the last Bond outing. Denise Richards as a rocket scientist? I mean, c’mon� I can only suspend my disbelief so far. This Bond film, on the other hand, is a real keeper.

Bond starts out with a slick diamonds-for-arms deal, and then a frantic chase through the DMZ between North and South Korea. After the chase, we enter the opening credit sequence, long the domain of scantily clad females dancing in silhouette to the latest theme song. Recently, the females in question have become CG-enhanced, and I have no problem with that. I do, however have a small problem with the song itself, by Madonna in the current techno/trance phase she’s going through. It’s not something I would include among her greatest hits, and I feel it’s totally out of character for even the David Arnold-updated Bond music for the Brosnan Era. Oh well� I’ll deal.

Also a departure from past credit sequences is that it is integrated with the action of the film itself. Previously, the credit sequence was always three to four minutes of pure eye candy, and then back to the film. Here, it is juxtaposed with a rather violent and depressing segment of the narrative. I can understand that the creators perhaps thought the mixture would save time, and alleviate the slowdown in the pacing of the film it would have otherwise caused� but just barely. I want my eye candy, dammit, and I don’t want to have to wince in between the jiggles. Still, though, really a minor complaint.

From there on, things only get better with a return to the outlandish Bond villains and fight/chase sequences of the past. The only slight disappointment besides the credit sequence would be Halle Berry as Jinx� and again, only slight. Give her a few more days of firearm training, and I’d have nothing to complain about.

The lines women trade with Bond are filled with fun innuendo. John Cleese is really coming into his own as Q (may Desmond Llewelyn rest in peace), and Bond finally gets a cool new car with gadgets that he actually uses. (Mmm� Aston Martin�) The aforementioned fight and chase scenes are choreographed to perfection, and jokes are made about longstanding Bond conventions. 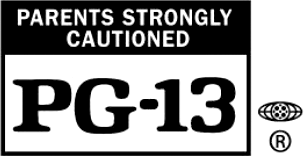