Into the Oracle — Arol Zendik 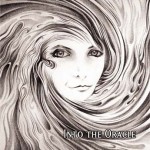 I was approached this afternoon by a guy who said he was part of what basically amounted to a hippie enclave of folks who had decided to drop out of society. For a meager donation, I could receive a magazine, a bumper sticker (“STOP BITCHING – START A REVOLUTION…”) and a CD of the founder’s music. I figure, the deal’s no worse than contributing to the local PBS station, and I’m open to trying new music so why not? I suppose they’re selling these on the street, because the CD has no UPC that could be tracked by The Man. But it is, apparently, copyrighted, and also available on the web [No longer —Ed. 2015-08-18]. Dropped out of society, my ass.

Well, anyway, I gave it a listen, and about halfway though the third song, I had to stop. It’s not that it’s bad. It’s… uh… well, let me explain it this way: It’s as if you started out to sing a song, but a few moments in, you forgot what, exactly, a song was, and so you decided to just perform your awful poetry in a singy kind of voice, but without any real musical aim, purpose, or destination.

More power to the folks that can get away from the rat race that the rest of us run… but until I get offered enough drugs that I could actually enjoy this music, I’ll have to stick with the well-worn tenets of rhythm, style, and plain ol’ tunesmithery.